Board of Directors Roles 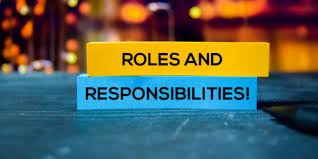 However, wide latitude is given to this board in many areas of operation so that the community's local needs may be met. For instance, the local league board of directors is entirely responsible for choosing a selection method for Tournament Teams (or "All-Stars").

The board meets to elect its officers from within the board. The officers required are president, vice president, secretary, treasurer, player agent, safety officer, chief groundskeeper, and coaching commissioner.

The board may adopt such rules and regulations for the conduct of its meetings and the management of the league as it may deem proper. The board has the power to discipline, suspend or remove any director or officer or committee member of the league, subject to provisions of the local league constitution.

Members of the local league board of directors, particularly the officers, should not be involved as members of other boards when such membership may cause a conflict of interest.

President - Apart from all other considerations, sound leadership, couched in knowledge, experience, and common sense is the greatest requirement and most exemplary qualification of the man or woman selected as president of a Little League.

While efficient organizational and administrative abilities are desirable credentials, the search for good leadership must transcend all other attributes in the adult who gives direction to the Little League movement in the local community. Dedication to the goals and purpose of Little League is inherent in the volunteer aspect of those who serve, but not everyone who serves is gifted with leadership quality. Presidents must reflect these qualities if they are to be of benefit to children.

As the chief administrator, the president selects and appoints managers, coaches, umpires, and committees. As such, no person becomes a manager, coach, umpire, or committee member without the president's approval. However, all appointments are subject to final approval by the local league's board of directors.

Importantly, the president is the officer with whom Little League International maintains contact. The president also represents the league in the District organization.

The president should be the most informed officer of the league. Each president must know the regulations under which Little League operates and, in authorizing the annual application for charter, binds all league members to observe the regulations faithfully. Little League Baseball International Headquarters reserves the right to require a league to remove any officer who does not carry out charter application terms. Serious violation can result in loss of the league's charter by action of the Charter Committee in Williamsport, Pennsylvania.

Beyond the requirements of league administration, the president should personify the best public image to reflect the community at large. Each president should take an active role in gaining support and winning friends for the league program.

The president presides at league meetings and assumes full responsibility for the operation of the local league. The president receives all mail, supplies, and other communications from the Little League Headquarters. A president may manage, coach or umpire, provided he/she does not serve on the protest committee nor serve as tournament team manager or coach.

Webmaster (VACANT) - The webmaster maintains the league website, provides assistance to website driven functions to other board members (such as registration, communication issues, and scheduling items), and updates news articles, website art, and layout.

Treasurer (VACANT) - The treasurer signs checks co-signed by another officer or director (or as directed by the local league's constitution), dispenses League funds as approved by the board of directors, reports on the status of league funds, keeps local league books and financial records, prepares budgets, and assumes the responsibility for all local league finances.

Player Agent - The player agent conducts annual tryouts, is in charge of player selection, assists the president in checking birth records and eligibility of players, and generally supervises and coordinates the transfer of players to or from the Minor Leagues according to provisions of the regulations of Little League Baseball. Separate player agents may also be selected to oversee individual divisions within the league. The player agent must not manage, coach, or umpire in the division over which he/she has authority unless the local league has received explicit written permission to allow this from Little League International.

The Player Agent conducts Manager Interviews (along with the Manager selection committee) and provides recommendations to the Board of Directors for approval by the Board.

Chief Groundskeeper – Responsible for maintaining the fields in a safe and playable condition.  Works with the school to ensure maintenance is completed periodically.  Organizes work parties to perform corrective maintenance as needed.  Seeks out contractors as needed (Gopher abatement, plumbing, electrical, etc.) Reports back to the Board on condition of the field and any foreseeable issues.

Information Officer - The information officer manages the league's official home page on LOLLbaseball.com, manages the online registration process and ensures that league rosters are maintained on the site, assigns administrative rights to league volunteers and teams, ensures that league news and scores are updated regularly, collects, posts and distributes important information on League activities including direct dissemination of fund-raising and sponsor activities to Little League International, district, public, league members and media, serves as the primary contact person for Little League and LOLLbaseball.com regarding optimizing the use of the Internet for league administration and for distributing information to league members and Little League International, and displays enthusiasm for using the Internet for league administration, for sharing information and for creating a more enjoyable and efficient Little League experience.